Innovation is the misunderstood silver bullet

The theory that innovation is necessary to maintain a successful business has evolved into a rule in today’s business climate. Companies are in a rush for the next big idea, vying with their peers to be labeled the “most innovative” in their industry. It’s a simple concept, right? The recipe for success in business is taking the largest risk, closing the biggest gaps and identifying the newest opportunities.

We all can recite the biggest marketing failures due to lack of innovation. Kodak, Blockbuster and, most recently, Toys R Us have all been victims of a digital nemesis and paid the ultimate price by ignoring the change or accepting it too late. Young entrepreneurs know these case studies all too well and are eager to regurgitate what they believe to be the foundation of business and the importance of new ideas that drive innovative concepts.

But what happens when a company spends thousands on market research, countless hours in team brainstorms and invests the majority of its marketing budget on an idea or product that ultimately fails? The market research identified the gap, the internal team uncovered the opportunity, and the leadership team assessed the risk. If this is the recipe for success, where is the reward?

Even the biggest brands in technology today have failures in their attempts to innovate. Every failure should be studied to understand the missed connection. For starters, what was it about these innovations that fell short?

Failure to consider the everyday

The end of August marks four years since the online retail giant Amazon released the Dash Button in an effort to make customers’ lives easier. Intended to provide a tool for easy replenishment — out of laundry detergent? Hit the button — the devices had little success over their digital subscription-based counterparts, especially with each button costing $5 a pop. Additionally, consumers were confused at the odd choice of brands participating in the physical button replenishment program. Why would anyone need a quick and convenient way to re-order from Epson or Whirlpool?

In an effort to introduce an innovative replenishment program, Amazon missed the mark. The desire for consumers to improve how they shop isn’t based on the location of a product’s availability in the household. It’s based on setting up a convenient system that includes reminders in a flexible setting. Amazon failed to consider that Bluetooth-enabled devices, like its own Alexa or Subscribe-and-Save programs, easily fold into a customer’s everyday life, not the other way around. The Dash Buttons only provided an unwanted interruption for customers and a reminder that even an e-commerce behemoth like Amazon can fail at innovation.

Social media giant Facebook shocked users in 2017 with a livestreaming virtual reality stunt featuring Mark Zuckerberg’s cartoon avatar standing in front of a 360-degree video that documented the aftermath of Hurricane Maria. Headlines like “Zuckerberg ‘Exploited Disaster’ with Puerto Rico Virtual Reality stunt” and “Facebook uses Puerto Rico to show off VR app” painted a picture of a technology-focused and innovation-obsessed company using a natural disaster to promote a product.

Facebook’s attempt to share a new technology was overshadowed by its completely tactless execution. No matter how groundbreaking the product may be, innovation will never minimize human empathy. The stunt drove Zuckerberg to livestream an apology and clarification regarding Facebook’s partnership with the Red Cross to help with the recovery of Puerto Rico.

In 2012, Google caused a frenzy among tech enthusiasts and journalists alike with the rollout of Google Glass, a wearable gadget with a built-in camera designed to display information in a hands-free format. The $1,500 piece of technology behaved just like most smartphones enabling users to check messages, browse the internet and view photos — a far cry from its original function of utilizing augmented reality to transform your everyday.

In an effort to be first to market, Google abandoned early prototypes featuring skydiving and wall scaling, opting for a more utilitarian device. This change in direction meant Glass would be competing directly with other far-superior devices with faster processors, larger capacity and longer battery life, while the early adopters that invested in Glass quickly realized they were wearing a less efficient smartphone on their face.

The wearable device was short-lived, and Google withdrew its production in 2015. By that time, the very few users, sometimes dubbed “Glassholes,” were seemingly bullied to give up on the forward-looking fashion accessory. Google’s decision to introduce an already existing technology in a wearable device was underwhelming for consumers. While the Glass was innovative, it wasn’t practical or even needed.

Have a plan B

When considering innovation for your own business, start with the consumer and why they would need this new idea in their lives. Focusing only on antiquated examples of brands who refused to innovate won’t educate business leaders on how to effectively turn an idea into a successful business strategy. Companies are not rewarded for simply going through the motions of innovation.

The best companies are successful because they understand their user and provide solutions, but as we’ve learned, even a bad idea can slip through the cracks. A good strategy includes innovation… and a plan for when an idea falls flat.

Need help crafting the story of your latest innovation? Let's get in touch. Email me at keira.koscumb@wordwritepr.com. 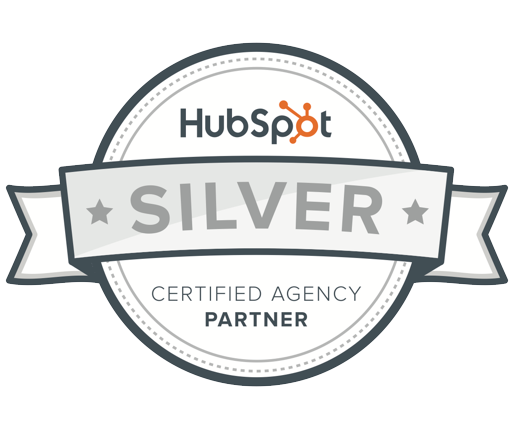