Are robots the best storytellers? 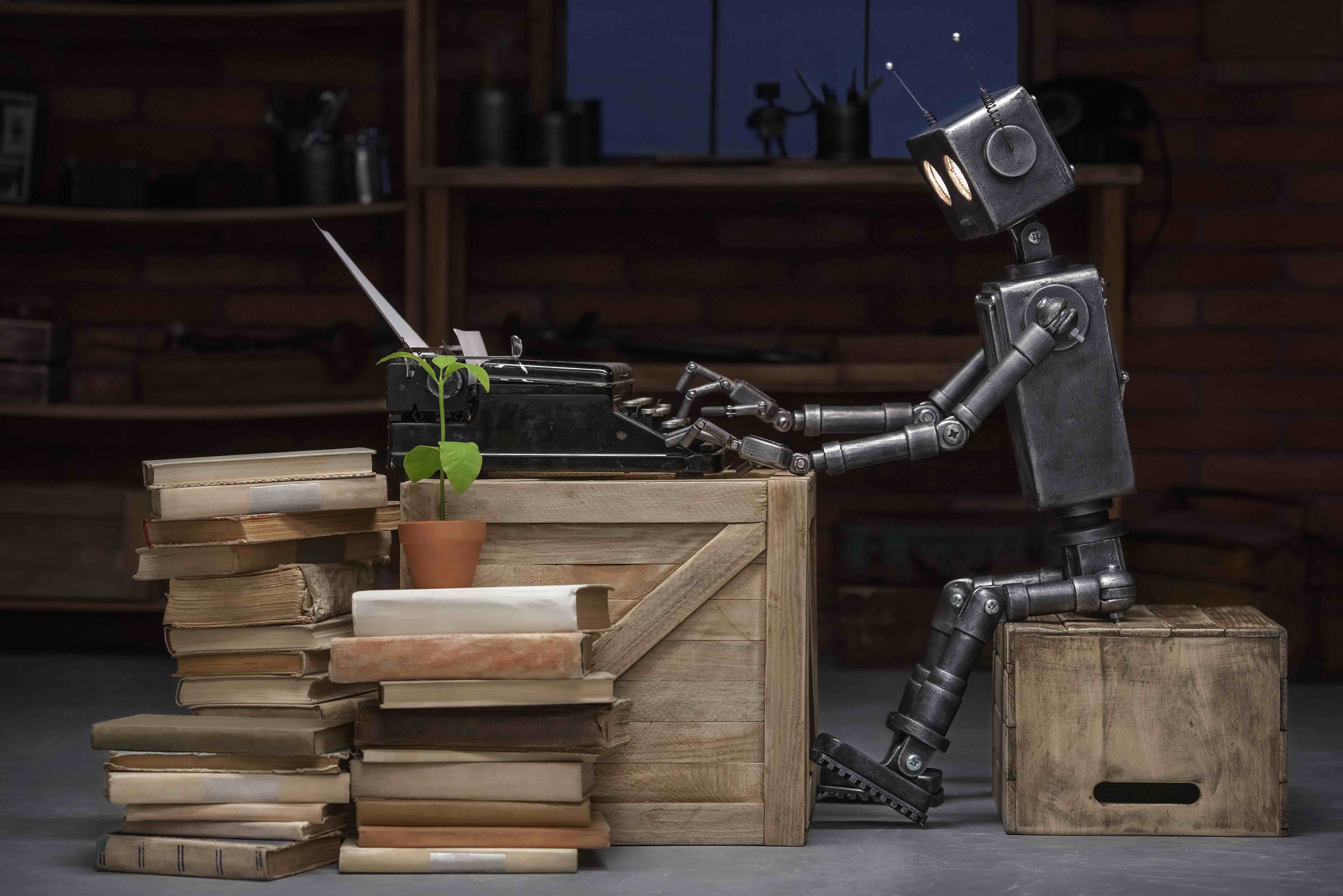 Chances are, you haven’t met a storyteller like AREL. But someday soon, you will meet her—or someone (something?) like her.

AREL is not a person and, in fact, it’s my artistic license to presume that AREL is a “her.” AREL is a computer-generated neural network that researchers at the University of California at Santa Barbara developed to construct complete stories from a series of images. Three times out of five, according to their research, AREL is a better storyteller than humans.

AREL is an acronym for Adversarial REward Learning (AREL) framework. AREL represents one of the most intriguing — and potentially challenging — developments in storytelling, the ability of machine learning to replace humans as storytellers.

If scientists are to be believed, AREL just may be better at storytelling than any of us marketing or PR types.

This raises two very important questions for all of us who care about authentic storytelling:

I’ve written an entire book explaining that storytelling works because it’s built into our human biology — we are hard-wired to share stories, remember them and live by them. Are we really on the precipice of a new era in which humans are no longer the best storytellers?

Rise of the machines

This is not some 1950s-era, science-fiction fantasy. Artificial Intelligence, or AI, and its cousins, Augmented Reality (AR) and Virtual Reality (VR) are already making themselves quite comfortable among us humans.

Hop on the internet to do some shopping and you will soon be exposed to all three. Whenever you visit an online shopping site and get a pop-up box that offers to help you with your shopping, you are experiencing AI. At this stage of the game, AI is most frequently the digitization of answers to the “most frequently asked questions” that you might have when shopping. Rather than waiting for a human to chat with you online or by phone, AI chatbots can do most of the work right now on simple questions—and they’re getting better all the time.

Shopping online for a particular shirt or blouse? Want to see it on the model in a different color than you see when it first pops up in a picture? Click on the alternate color and now you’re experiencing AR, reality that’s been augmented to give you a sense of what something might look like as the model’s shirt morphs from maize to lapis. Visit the mobile app stores for every flavor of smartphone operating system and you will find AR apps to help you picture what furniture might look like in your home, how to change color schemes in your wardrobe, and so on.

VR is more of an immersive experience. In pop culture (usually sophomoric beer commercials), it’s young men stumbling around in the real world while chasing dragons in their VR headsets and flailing like zombies. But real VR is far more sophisticated than that. And its future is transformational.

As contributor Bernard Marr put it in a 2017 Forbes magazine article: “VR offers every business the chance to rethink how they present to and engage with their customers… Rather than visit a physical showroom, customers leading increasingly digital lives will simply put on a headset and appear in a virtual one. Once there, they can interact with sales assistants — which could be virtual representations of real humans or, more likely as time progresses, AI constructs operating independently of direct human control.”

Depending upon how you feel about battling traffic or annoying store clerks, this is all very enticing, or maybe a little challenging.

Decline of the humans

AI storytelling is a whole level beyond any of this. It’s the replacement of the human mind in the creation of stories that we humans consume. And it’s not that far off in the future, so we all better be ready for it.

And that brings us back to our friend AREL. The UC Santa Barbara researchers published a fascinating whitepaper on AREL’s storytelling ability. I’ll spare you the math so we can focus on the implications.

Not long ago, scientists learned that they could train machines to observe images (don’t we all scan photos into our computers?) and by employing the complicated algorithms and repetitive learning capabilities of speedy computers, they could teach machines to see patterns and construct captions for pictures. When strung together, these pictures and captions could form the basis of a somewhat crude but cohesive story.

In reporting their work with AREL, the UC Santa Barbara researchers have crossed a new threshold: AREL successfully put together narratives that three times out of five, fooled test subjects who thought the narratives accompanying the pictures had been written by humans — you know, real storytellers.

Here is an example taken from the researchers’ 2018 paper, No Metrics Are Perfect: Adversarial Reward Learning for Visual Storytelling:

In the example above, XE-ss is a previous version of AI storytelling. AREL is well, AREL, and you can see that the green bar is the human-created story (the second-best storyteller).

What does this mean for those of us committed to storytelling? In an article for the online publication, The Next Web, writer Tristan Greene put it this way:

“The implications for a storytelling AI are exciting. As developers figure out how to make the outputs generated by a neural network better align with human thinking, we’ll begin to see far-reaching advantages to plain language processors.

“Sports referees, for example, could either be replaced or augmented with an AI capable of understanding and explaining a series of events. Do we really need to pay someone $188,322 to determine if Tom Brady is cheating or not?

“It stands to reason that once AI is robust enough to explain its decision-making, by telling ‘stories’ about images in real-time, like ‘Number 66, defense, offsides, the play results in a 5-yard penalty. Repeat first down,’ we won’t need people to do rules-based jobs that require an agent to do nothing more than observe and report.

“And, let’s not forget that there’s an actual market for on-the-fly storytelling. If this technology ever fell into the hands of the developers at Telltale Games, or the designers at Wizards of the Coast (the company that makes Dungeons and Dragons), it could be used to generate a never-ending stream of unique, personal, entertainment.”

It’s too early in the AI storytelling journey to know with any certainty if the scenarios above will come to pass. It’s not too early for those of us committed to storytelling to be thinking about how to separate the far reaches of computer-assisted storytelling from real storytelling.

The death of authenticity?

The evolution of all this could really mess with our current definition of authenticity. For us humans, that current concept of authenticity carries with it the presumption of a lived experience.

Let’s illustrate authenticity with a commonplace event that could happen to any of us, observing an auto accident from opposite sides of a crowded intersection.

If two people witnessed the same event, but from different perspectives, one witness may tell the police one version of what happened based upon what he or she saw; another may have seen something else because of where he or she stood. Is one person right and the other wrong? No. The two witnesses had different stories because of their perspective.

In this definition, as a marketer, authenticity means that your great story reflects the views of all the participants — what they see, what they have to say, what they feel. This is what makes it unique.

What happens when you have a computer tooling around in the narrative making stuff up? What if the computer is constructing a narrative of something that never happened?

The arbiters of great fiction writing will probably have to decide whether computer-generated novels are better written than those constructed by humans at some not-too-distant future date.

A reason for hope

For our purposes, I am focused on your Capital S Story, the one that answers why someone should buy from you, work for you, invest in you or partner with you. And that story can only come from lived experience, a story that can’t happen inside a computer processor, because it involves real events that shape and define real people and real organizations.

For me, it all comes back to biology. If thinking is uniquely human, then so is storytelling, because storytelling is the organization of thinking into rational narrative. The cognitive scientist Marc Turner put it this way: “Narrative imagining — story — is the fundamental instrument of thought. Rational capacities depend upon it. It is our chief means of looking into the future, or predicting, of planning, and of explaining.”

What will machine storytelling bring us? Hard to say. But I take heart in my fundamental belief that to be human is to be a storyteller.

To quote Jonathan Gottschall, the author of “The Storytelling Animal,”: “The way we experience story will evolve, but as storytelling animals, we will no more give it up than start walking on all fours.”

Adapted from the forthcoming book, “Finding Your Capital S Story, Why Your Story Drives Your Brand.”

Marketing beyond COVID-19: How to get back to regularly scheduled programs

How to reach out to media during COVID-19 pandemic