Pittsburgh’s fourth-largest nonprofit, the 164-year-old YMCA of Greater Pittsburgh was in crisis. Saddled with an unsustainable downtown building lease, the Y had to make cuts in services and delay much-needed repairs at other branches. These challenges, plus a grim long-term financial outlook, made court-ordered bankruptcy protection the best recourse.

WordWrite was there to protect the Y’s good name. We created a roadmap for maintaining its reputation during the bankruptcy filing, devising authentic and consistent messaging that positioned the decision as one that would preserve the Y’s future, while politely but firmly rebutting suggestions that the filing was linked to other causes. 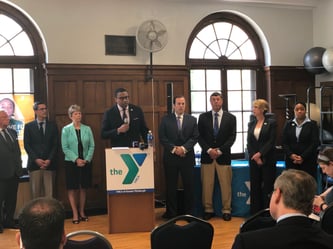 Framing everything around that message minimized the damage to the Y’s reputation, as did being transparent and engaging with media.

We quickly organized a news conference about the decision, allowing the Y to be the first to tell its story, thereby eliminating false assumptions. At the same time, we helped the Y launch a website landing page to educate the public and helped implement communications that informed employees and stakeholders and kept them in the loop.

On the other side of the announcement, the Y’s reputation was intact. In fact, it was praised for its brave decision and openness during the process. The Pittsburgh Post-Gazette, the city’s largest newspaper, even penned an editorial in support of the decision.

Today, we’re happy to help share all of the Y’s many positive stories.

Your partnership, support and advice has meant a lot to all of us. You have each provided wise counsel and sympathetic ears! For this – and so much more – thank you! 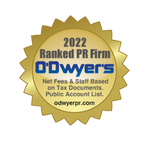