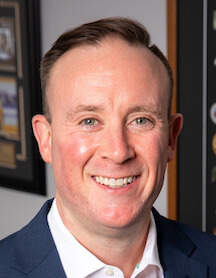 As a partner since 2016 and member of the executive leadership team, Jeremy is accountable for providing day-to-day oversight of agency operations, including growth, profitability and client retention.

Jeremy also focuses on the personal and professional growth of WordWrite team members by helping them develop solutions to the challenges they confront in their specific roles. At the client level, Jeremy oversees account leaders in developing the objectives and strategies that align with industry best practices.

Jeremy joined WordWrite in 2011 from the marketing and business development department at law firm Burns White LLC, where he helped establish the firm’s attorneys as thought leaders within their practice areas, handled media relations and managed the firm’s website and social media program. Prior to Burns White, Jeremy managed media relations and print advertising for nationally-renowned musical theater producer Pittsburgh CLO. And before diving into public relations with Culver Academies, Jeremy spent a few years as an award-winning sports writer in suburban Columbus, Ohio, with the Marion Star and ThisWeek Community Newspapers. His work has appeared in dozens of daily and weekly newspapers, most notably The Canton (Ohio) Repository, The Columbus Dispatch and the Pittsburgh Post-Gazette.

HOW JEREMY SPENDS HIS TIME