Punctuating the Boredom of Your Self-Quarantine 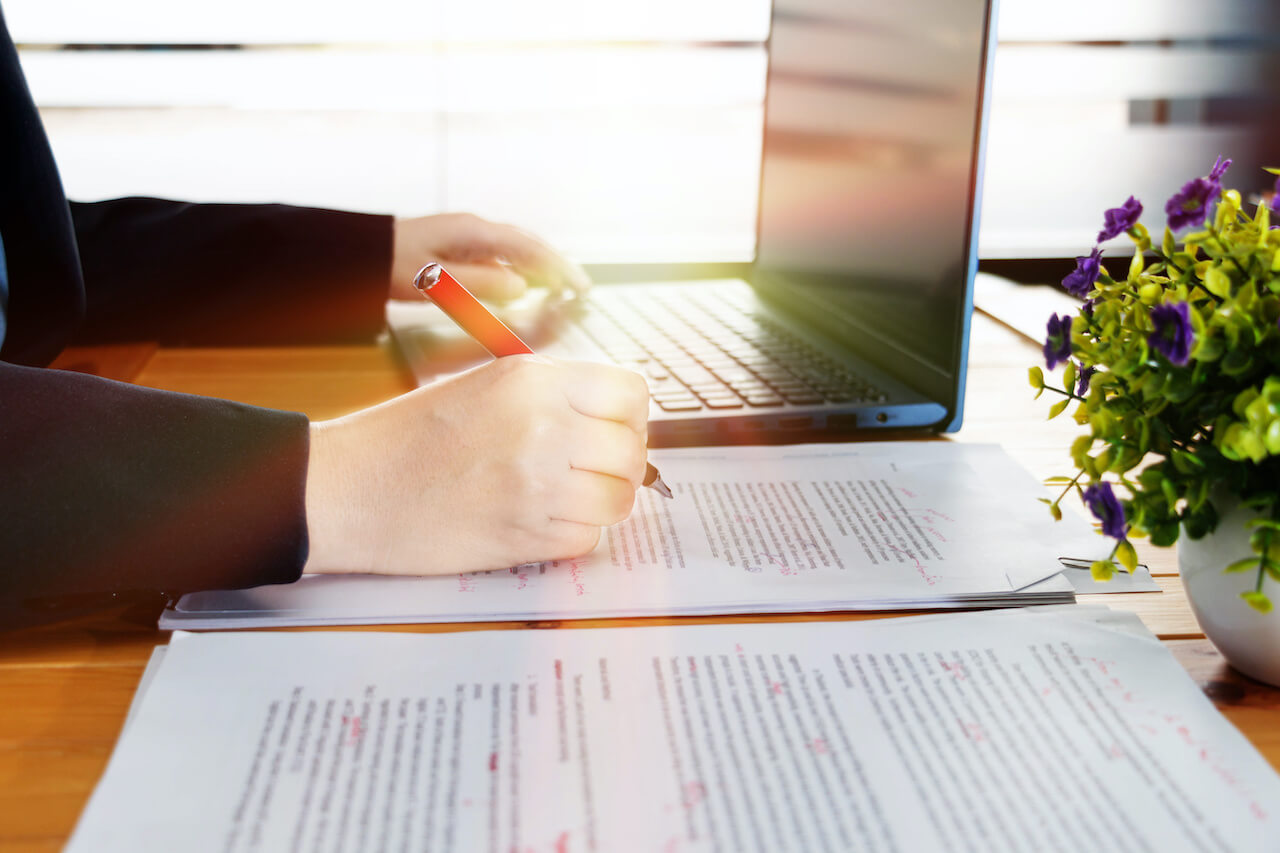 You would’ve thought someone had invented a proven vaccine for COVID-19.

But no. The only reason that, on one of those so-alike-that-they’re-all-blending-together afternoons, I pumped my fist and mildly shouted “yeah!” in my home office was a relatively uninteresting change to Microsoft Word.

Everyone: double-spacing after a period is dead — or, at the very least, it just took a big body blow.

Drawing a line in the sand (or deleting a character?) in a century-old stylistic debate, a new Word update will register two spaces between sentences as a grammatical error. Sure, if you’re insistent on breathing room within your paragraphs, you can adjust settings to remove that resulting squiggly line. Nevertheless, the change brings the popular word processor down on the side of the single-spacers in a tug-of-war that has about as ho-hum of an origin as you’d expect.

Most will peg the debate as beginning back with the advent of the printing press and the use of typewriters, which could be inconsistent on spacing between sentences — but trended toward what we’d view as two spaces in a modern-day word processor. A lot of people are taught to write with two spaces, too, and we see it as the norm in other formal, more academic writing styles. Even “science” — ever notice how the news loves to anthropomorphize science — says two spaces is correct because it’s easier to read. On the other hand, a notable manual that strictly uses single spaces is the AP Stylebook, with the common thinking that knocking out a character between sentences saved valuable space on a newspaper page.

This all begs an important question: Who cares?

All this attention goes to punctuation and seemingly pointless writing rules because consistency matters. Think of an organization like a rowboat. If I’m single-spacing like a normal, well-adjusted person, then I’m paddling in one direction. But if my neighbor is some wild rock star double-spacing and using ellipses like a maniac, he’s going a different direction. And our rowboat goes nowhere.

If your organization is doing a lot of writing, be it blogging, grant writing, pitching or even drafting social media posts, you need, at-minimum, an in-house style. You can build this however you want, using as many weird rules as you desire — want to triple-space between sentences, Godspeed and I’ll bite my tongue.

Ideally, your organization’s writing style should match your audience. Communicate with the media a lot? Familiarize yourself with AP Style. You work with educators and the scholarly set? Check out the MLA Handbook.

At WordWrite, we primarily use AP Style, quirks and all. Of course, you can always bend the rules (one of these days, I’ll relent and let my coworkers use italics for composition titles, but not today). It works for us because we do a lot of media outreach, not to mention more than one of our staffers have a journalistic background. We need to be able to speak the language of our audience, or maybe the better metaphor is “speaking with the right accent.”

To maintain our style, we have an in-house copy editor (waves hand, ducks). A company “writing czar” is useful for any organization producing a lot of content. I even produce a monthly column of writing tips. They’re mostly the garbled thoughts of someone who gets so excited over mundane punctuation rules that he talks to himself, but have a look at a couple examples below — and remember to go easy on your space bar.

I use em dashes* a lot — too much, maybe. I see others use them a lot, too, and there’s nothing wrong with it, but just a quick briefing on them: Essentially, they’re a beat longer than a comma and often used like parentheses, just more intrusive. This means you should use them when you want the information contained after or, if you’re using a set, within to stand out. Importantly, em dashes enhance the sentence. Just be sure to put a blank space before and after the dash to adhere to AP Style. When you place something in parentheses, it’s less important and can be cut from the sentence without harming it, so think of how relevant the information is and how it affects your sentence when using these forms of punctuation.

*Fun fact: They’re called “em” dashes because they’re about the width of a capital M. Guess why they call their little cousins “en” dashes…

Semicolons have no idea what they want to be and want everything both ways. They’re horrible pieces of punctuation designed to drive insane honest period- and comma-loving people like myself.

Seriously, though, if you’re using semicolons properly (breaking up two related, but independent, clauses), knock yourself out. Next time you want to use one, though, see what it looks like if you use a period instead. Shorter, punchier sentences have great impact. Semicolons can unintentionally create the impression of a run-on sentence or just complicate things.

Either way, here’s a useful guide to semicolons.

5 PR lessons from the 2016 presidential election