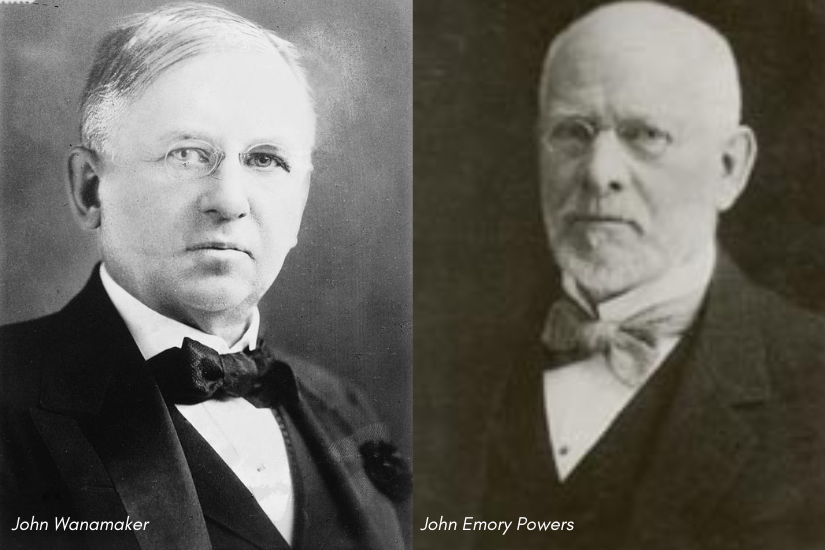 Born in 1838 as the son of a brickmaker, department store pioneer John Wanamaker changed the way the world shops. He introduced guaranteed pricing and money-back guarantees, and he was the first to have music played in stores (no Top 40 hits coming through the speakers, but actual in-store bands).

Those were defining achievements in marketing, to be sure, but his biggest contribution was in classic advertising and recognizing the power (or is it Powers?) of storytelling.

Wanamaker hired the first truly great advertising copywriter in John Emory Powers, a former journalist. As quoted in one history of the early ad business, Powers described his approach as one that was short on flash but big on storytelling through copy that was closer to an essay than a pitch: “That was the discovery … print the news of the store, no ‘catchy headlines,’ no catches, no headings, no smartness, no brag …”

But let’s go back to this phrase: “print the news of the store.” If that doesn’t scream brand journalism, what does? Powers’ copy, if a little dated today, drew in the shoppers of his day by helping them truly get to know products and their uses — even describing when a certain product might not be right for someone. That is authentic storytelling that builds trust with the audience.

In the many decades to come, however, that legacy was forgotten. Ad space in newspapers simultaneously shrank and became more expensive, and the advent of television gave way to 15- and 30-second spots that were more concerned with jingles or humorous non sequiturs that only serve to muddy the commercial’s message.

But today’s consumers are clamoring for a return to the days of Wanamaker and Powers’ storytelling, even if they’ve never heard of the 19th-century figures. Millennials, frequently maligned but significantly influential, currently outnumber all other generations — and they want meaningful messages from businesses. A 2015 study, in fact, said 62% of Millennials respond more positively to brand messages that are useful and help them solve their unique everyday problems.

That sure sounds like they want storytelling to us. It probably would have sounded that way to Wanamaker and Powers, too.

For more on business leaders who leveraged the power of stories to their benefit, check out WordWrite Chief Storyteller Paul Furiga's book “Finding Your Capital S Story: Why your Story Drives your Brand.”

The COVID-19 crisis needs planning, not partisanship or platitudes

The science that proves the effectiveness of storytelling in business