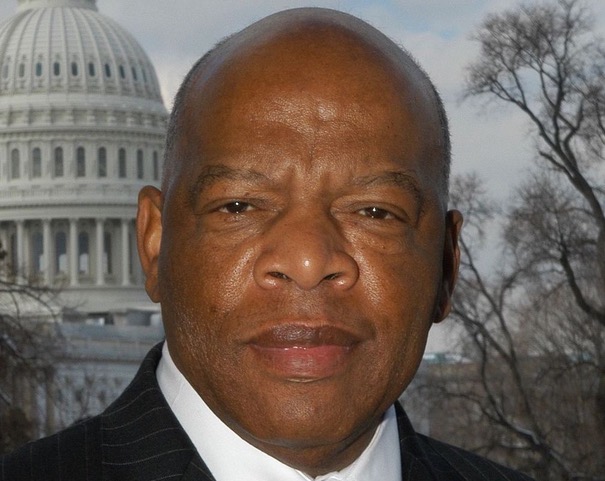 On March 7, 1965, the day that would be remembered as “Bloody Sunday” for the brutal attack against civil rights marchers on the Edmund Pettus Bridge in Selma, Ala., John Lewis was beaten and bloodied. 55 years later, his body would lie in state in the Capitol Rotunda — on the same catafalque Abraham Lincoln’s remains rested, no less — as legislators and leaders paid respect to the late Georgia congressman.

The man had a story to tell — and not only his own. His legacy includes serving as a beacon for generations of Americans who fought and continue to fight for equality, human rights and harmony. His struggle was and is shared by millions to this day. Indeed, those who march in peace today are influenced by his life’s work.

Lewis was a man of deeds, but as a legislator and activist, orator and author, he had the hallmarks of a grand storyteller. At WordWrite, we recognize these fluent figures as the most effective people to change minds and inspire action. These are people who understand and share what we call a Capital S Story, the genuine story that explains why someone would work with you, buy from you, invest in you or partner with you.

A brief look at Lewis’s life and work reminds us what it means to be an authentic storyteller, let alone a civic icon.

If John Lewis had a thesis statement, it likely would be “good trouble.” The phrase harkens to his days as a champion for civil rights and serves as a call to action to current and future generations to not settle for the status quo, to stir an unrest that doesn’t destroy but creates a more perfect union.

It was more than a catchy idiom, of course. From the start of his public life, he was creating good trouble, from his roles in the famed March on Washington to the Selma-to-Montgomery march that jolted awake much of the public to the plight of Black Americans. The words remained a theme through the rest of his career leading activist groups, serving as a member of Atlanta’s city council, representing his district in Congress and encouraging nonviolent protests following the recent death of George Floyd.

In the days following his passing and in years to come, good trouble will continue to be associated with Lewis. When we discuss Capital S Story with organizations and partners, this is exactly what we mean — more than a tagline, it is the shortcut people use to identify exactly what a person or organization is about.

‘Angry’ and ‘the conscience’

Spending the last 35 years of his life in Washington, D.C., it is worth observing the good trouble Lewis created in Congress. As a progressive leader, he not only was a thorn in the side of the opposition but more center-leaning members of his own party. He even refused to attend 1995’s Million Man March, condemning divisive statements made by organizer Louis Farrakhan.

In recent years, he skipped Presidents George W. Bush and Donald Trump’s respective inaugurations and loudly spoke out against the current White House administration. In his Los Angeles Times obituary, civil rights historian David Garrow described this version of Lewis as “this really angry, uber partisan. I have trouble connecting that John Lewis to the John Lewis of the 1960s.”

If his tenor changed over the years, his mission did not. Lewis consistently drummed up support for measures aimed at supporting human rights everywhere, enfranchising minority groups and protecting voting rights, and opposing cuts to domestic spending. His story grew to include the moniker, “the conscience of Congress,” as he was known by members of the Democratic caucus.

In the Capitol memorial, even members of the Republican party paid respects, with Senate Majority Leader Mitch McConnell saying, “Even though the world around him gave him every cause for bitterness, he stubbornly treated everyone with respect.”

“Angry,” the “conscience” of our legislature, and “stubbornly” respectful. The tributes tell the story of a complicated man who did not please everyone but nevertheless was single-minded in what he believed.

When sharing our own stories, be it of ourselves or our organizations, actions may not always appear to be consistent. But when everything is grounded in a fluent Capital S Story — with Lewis, everything came back to his desire to stir “good trouble” — people will not be able to view you as anything but genuine in your intentions.

During his final years, Lewis reached that rarely achieved tier of being a living legend. A New York Times reporter shared this from a 2013 interview: “I think a lot of people think, in some way, somehow, I don’t exist, like they think I worked in another time.”

Lewis, however, would discover a new outlet to share the reality of his story and reach a new generation. He wrote a graphic novel.

Inspired by a 1950s comic about Martin Luther King Jr. and the Montgomery Bus boycott and aide Andrew Aydin, Lewis co-authored a trilogy of autobiographical graphic novels about the civil rights movement. “March” would become an award-winning bestseller and lead to a follow-up, “Run.”

Written in his 70s, the books are a reminder that it is never too late to engage new audiences with new channels. It is a necessity to sustain a story over time.

Lewis’s tale, told over many decades, highlights the three fundamental elements of an effective story: authenticity, fluency and engagement. And because it was shared so successfully, it will resonate for many decades to come.

Four characteristics of successful leadership during a crisis